LGBTQI. Why? LGB is queer.

Who did I leave out?

Adding some Eastern Cape LGBTQ voices to the struggle .. 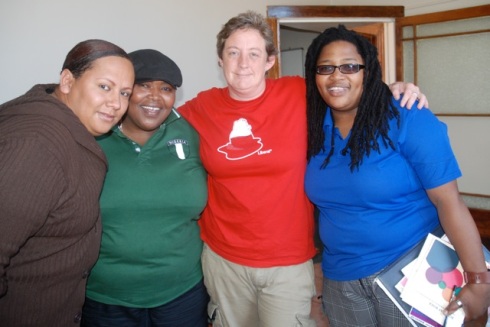 some members of a new activist organisation, incl yours truly. i need a haircut.

my butch friend, mfundi, from the Eastern Cape LGBT Forum. i LOVE this photograph, i’m very proud of it. 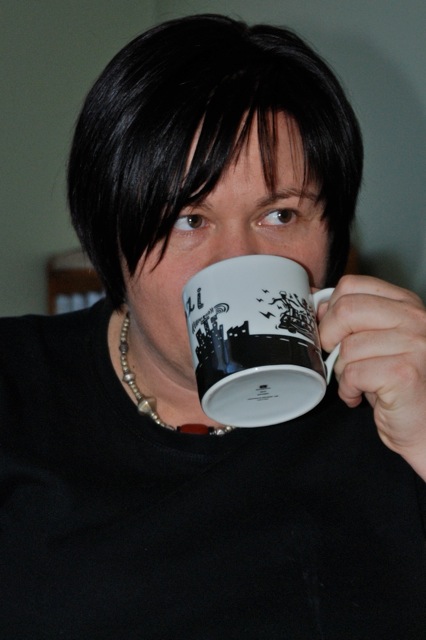 my my my gail! mine! 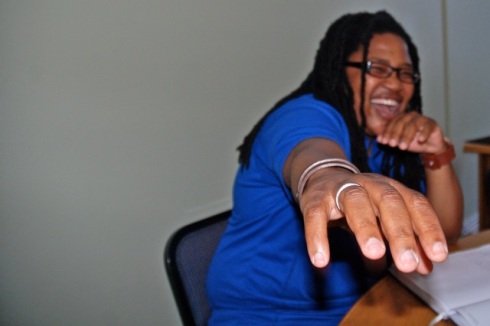 dawn, from the Coalition of African Lesbians

the eastern cape’s the most impoverished, most marginalised province in south africa. there are challenges not only from the westernised version of hate and intolerance that we all know about, but from traditional practice too. sadly, southern african indigenous populations aren’t amongst those ethnic groups who tolerate us trannies and queers. so those are brave faces, not just beautiful ones. and we’re talking grassroots activism. and it’s so worthwhile i can’t even begin to describe just how crucial it is.

don’t leave the bullying/intolerance issue to schools – it starts at birth.

tell your kid you’ll love it no matter what – and mean it.

promise to protect and defend your child.

do everything you can to promote your kid’s confidence (not arrogance).

things on my brain today

i almost wept yesterday when i heard that aung sung suu kyi was finally released, after spending 15 out of the last 21 years under house arrest in myanmar. i heard she finally spoke to her kids. i wish her husband was still alive. i hope she gets some time to just … be, while the world wants to know what she’s going to do about myanmar and parts of myanmar say well, who’s she anyway … it all makes me think about the unphotographed, unremembered people imprisoned/tortured/killed all over this world of ours, every day. people like assk, mandela etc, become icons. we shouldn’t look to them for answers necessarily, but as a very sharp reminder that freedom should never be taken for granted, that they are the tip of the iceberg, that we (the human race) are still failing utterly to take care of and respect each other.

it’s butch 360 time again and this week, it’s all about butch myths.

actually, the other things on my mind today can just stay there for now.

“the milk and sugar are over there sir,” says the woman in the coffee shop.
“can you pull your car forward please mama?” says the guy at the petrol station.

(“mama” isn’t just saying that my gender’s been read as female, it’s also saying i’m old enough to be a mother)

those two interactions took place within minutes of each other and i responded the same to both i.e. i didn’t contribute anything gender-related at all. there were times in my twenties, when if a guy called me sir, i’d respond my calling him ma’am. deadpan, straight faced too. now? i just don’t care.

the queer community often feels fragmented to me. there’s a group wanting gender transcended, the demolition of the binary and the introduction of a fluid approach. and there are those who want to transition instead of transcend and those who just want their biological gender affirmed – those people tend to say that the binary is an irrelevant societal construct – but then they define it and cling to it. i’m not saying that’s wrong, i just don’t understand the logic.

and we all talk, think, shout about gender – but nothing much is said about sex. not sex the act, sex as in male/female. if sex is what you are biologically, frankly it needs challenging too. south africa has a higher-than-global rate of intersex births – are we going to keep forcing all those people to one end or the other of the binary? do we need no sex-categories, or a whole lot more? or just a sliding scale? surely caster semenya is merely the tip of the metaphorical iceberg? are society and its sports teams ever going to allow for more than the binary? or less, even?

why is humanity so very willing to accept new technology, but so fiercely averse to society’s own evolution?

my vote goes to defining the biological sex purely biologically – baby smith has a vagina. baby jones has a penis. baby cooper has a vagina and undescended testes. whatever – but without adding “male” or female” to it. then the babies could grow up, wear whatever the fuck they felt like – and get equal pay for whatever job they did. if the penises consistently beat the vaginas at running, they could create separate leagues, but then what about intersexed people? and the whole binary would probably happen all over again..but at least it would give some respite from gender inequality?

nope, i’ve just talked myself round in a complete circle of historical gender formation.

so what’s the answer?

this game was removed, but ffs …

… and these are the people who bothered to do something about it – major props for that.